Michael Breisky is an Austrian career-ambassador, who retired in 2005 but continued to write and lecture. The aim of this website is to facilitate access to his publications.

A central task in Michael Breisky’s diplomatic career was the safeguard of the Austrian minority living in South Tyrol, now a part of Italy. This issue made him study, develop and write about related issues, in particular the protection of ethnic minorities, regionalism, the theory of sub-national autonomy and ethics. Subsequent assignments made him deal with European Integration and Transatlantic Affairs.

Michael Breisky co-founded the scientific board of the Leopold Kohr Academy in Salzburg, Austria. 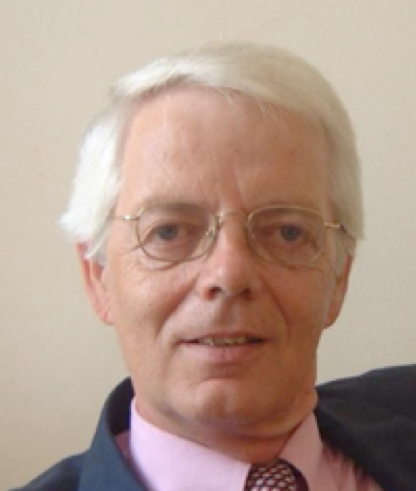 Born 1940 in Lisbon and educated in Austria, Michael Breisky is a studied lawyer (Dr.juris). In 1967 he graduated from the Diplomatic Academy, Vienna, and entered the Austrian Foreign Service.

Assignments as a junior diplomat brought him to Rio de Janeiro, Oslo, and Nairobi, where he was in charge Austrian liaison with UNEP.

First as a Consul General in Milan, Italy (1982 -86) and then (until 1993) as head of the South-Tyrol-department in Vienna, the safeguard of the Austrian minority living in the autonomous Italian province of Bozen/Bolzano, Italy, became a prominent part of his career. This issue made him study, develop and write about related issues, in particular the protection of ethnic minorities, regionalism, the theory of sub-national autonomy and ethics.

From a long ambassadorship in Ireland (1993 -1999) M.B. gained valuable insights into the dynamics of European Integration.

He then headed until 2002 the Americas-desk in the Austrian Ministry for Foreign Affairs. The last step in M.B.’s career was Austria’s Consul General in New York (2003 – 2005), where he was to liaise closely with Jewish organizations.

As a follower of the Austrian-born philosopher Leopold Kohr (1909 -1993, the leading re-discoverer of the “human scale”), he co-founded in 2002 the scientific board of the Leopold Kohr Academy in Salzburg. This function gained him in spring 2008 an invitation to lecture about Leopold Kohr at leading universities in China; in turn he became also an advisor to the Institute for Postmodern Development of China, a non-profit organization located in Claremont, CA, USA.

M.B. lives now with his Swedish wife Louise near Salzburg and in Vienna, Austria

M.B. considers the holistic approach to all political issues as the most important experience of his diplomatic career; accordingly, his work is inter-disciplinary. Based on Leopold Kohr‘s anti-ideoligical philosophy of the Human Scale and his own studies about man‘s biological limitations regarding cognition, M.B. became early on a sceptic of Globalization.

He contends that the method of rational projections of abstractions into (mostly) more complex scenarios – until recent years a highly successful method – is now being challenged from various sides: at the one hand, new technology and the easing of border-lines make these (mostly) linear projections reach further and further; at the other hand, mankind is about to loose the „holistic flank-protection“ these linear projections have enjoyed through irrational, but holistic means of cognition – such as religion, ethics, aesthetics, harmony and sustained tradition. On top of this comes the problem of information-overflow , damaging the capacity for rational thinking through the loss of intellectual energy. M.B. compares, therefore, Globalization with people driving their car on an express-way at top-speed into the fog.

To remedy the situation, M.B. suggests in general a reduction of complexity/size, more subsidiarity and respect for holistic means of cognition; politically, this should result in a devolution of most responsibilities from nation-states to sub-national regions and the development of strategies involving NGOs and the New Social Media.