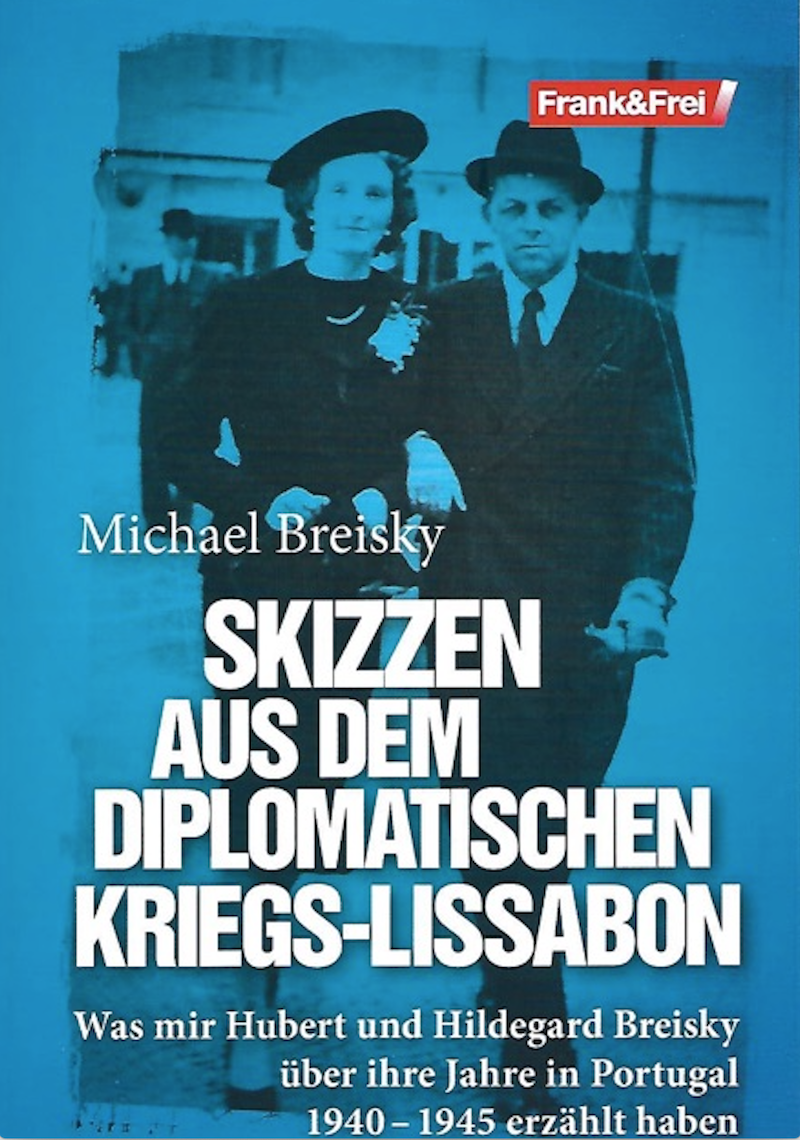 Diplomatic sketches from war time Lisbon: What Hubert and Hildegard Breisky told me about their years in Portugal 1940 – 1945

Lisbon 1940 – 1945: While the bloodiest of wars rages, the capital of a poor and neutral country on the edge of Europe becomes a magnet for refugees, secret services and diplomats. Michael Breisky forms from stories of his parents – his father was cultural attaché at the German legation – a living picture of diplomatic life in the Salazar dictatorship, the terror of the foreign Nazi organizations and the secret peace feelers to the Allies.

“To the present time belong also about forty years before your have been born”, said my friend and ambassador colleague Georg Hohenberg; “This is the time one gets a direct understanding of the zeitgeist from the stories of parents and grandparents,   and does not have to look at the past through the eyes of historians”. I’m born in 1940, so I might look back to the time before the First World War. However, impressions are more interesting, which I have learned from my family’s stories about more recent years: In March 1940 my father Hubert Breisky was transferred  as a cultural attaché and Legationsrat to the German Embassy of Lisbon, one of the few neutral capitals in  Second World War. He remained in this function until the end of the war in 1945. Before I am quite gaga and must leave the field to the historians, I have written here what my parents have told me about this time.

Illustrated with some photos the booklet describes on 50 pages in addition to anecdotes the highly sensitive politics of Portugal’s neutrality, as well as the German peace feelers with the USA led by the author’s father .